CEN/TC 278 is responsible for managing the preparation of standards in the field of Intelligent Transport Systems (ITS) in Europe. It serves as a platform for European stakeholder to exchange knowledge, information, best practices and experiences in ITS.

TN-ITS is involved in the works of CEN WG7 regarding standardisation of static geographic road network data (ITS spatial data) that released the TN-ITS CEN TS17267:2018 specifications in December 2018.

TN-ITS platform continues its role to maintain the CEN TS 17268:2018 by defining the procedure for the change request at the side of the platform, by its involvement in collecting change requests from TN-ITS stakeholders – mainly to support new functionality in the area of multimodality of transport, automated driving, etc., by interacting with the CEN TC278 W7, and by governing the specification files as XML, XSD, WADL.

The objective of the TN ITS WG2 is to maintain the CEN TS 17268:2018 standards for data exchange between public road authorities on one side, and mapmakers and other users of such data on the other side.

A longer-term objective is to transform the CEN Technical Specification, once it has been adopted, to a European Standard, while taking into account acquired experience of initial implementations. 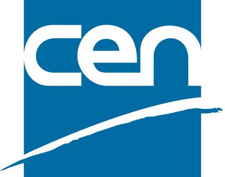 Your web browser INTERNET EXPLORER 11 is not fully supported. Update your browser for more security, speed and the best experience on this site. Please, use the latest version of Chrome, Firefox , Opera or Edge ×