The concept of TN-ITS evolved from work in the EU funded project PReVENT/MAPS&ADAS (February 2004 – January 2007) on safety-related road attributes for ADAS applications, and especially from the EU-funded project ROSATTE (January 2008 – June 2010), which aimed at establishing an efficient and quality-ensured supply chain for information on safety-related road attributes, from public authorities to commercial map providers and other road data users, with a focus on changes in the concerned attributes rather than full data sets. The rationale behind TN-ITS is that for information on changes in static road attributes, the public authorities, who create the changes, are potentially the most efficient and immediate source. If processes and procedures are organised well, they can be a highly trusted source, while the information provided will reflect concise unambiguous spatial update reports that do not need substantial processing and interpretation.

The TN-ITS CEN TS 17268 is a technical specification describing the exchange of (changes) of road attributes, with the emphasis on static road data. It is maintained by the European Standardization Organisation CEN, under their Technical Committee 278, Road Transport and Traffic Telematics. This committee develops European standards in the domain of Intelligent Transport Systems (ITS).

TN-ITS CEN TS 17268 finds its origin in a series of EU research, pilot and deployment projects addressing the definition and roll out of an EU harmonised data chain for the maintenance of digital maps enabling ITS services and automotive systems. Over the last decade those specifications have matured and in December 2018 CEN TC 278 released the first official version.

The TN-ITS platform continues its role to maintain the CEN TS 17268, in line with its strategy: by collecting change requests from TN-ITS stakeholders to support new functionality in the area of safety and multimodality of transport, automated driving, etc., by interacting with the CEN TC278 W7, and by governing the specification files.

TN-ITS supports European ITS policy with valuable input to the ITS Directive, ITS Action Plan and the INSPIRE Directive. 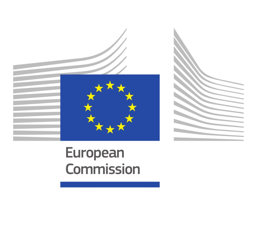 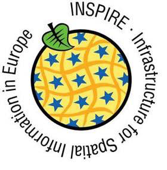 TN-ITS supports European ITS policy with valuable input to the ITS Directive, ITS Action Plan and the INSPIRE Directive.

Directive 2007/2/EC of the European Parliament and of the Council of 14 March 2007 establishing an Infrastructure for Spatial Information in the European Community (INSPIRE).

Communication “COM(2008) 886 final” of 16 December 2008 of the Commission of the European Communities concerning the “Action Plan for the Deployment of Intelligent Transport Systems in Europe”. On 20 March 2009 a Corrigendum was published as Communication “COM(2008) 886 final/2”, including text that was missing from the first version, inter alia the text of Action 1.3, which is fundamental for TN-ITS.

Directive 2010/40/EU of the European Parliament and of the Council of 7 July 2010 on the framework for the deployment of Intelligent Transport Systems in the field of road transport and for interfaces with other modes of transport.

Directive 2003/98/EC of the European Parliament and of the Council of 17 November 2003 on the re-use of public sector information.

INSPIRE — Infrastructure for Spatial Information in the European Community

Directive 2007/2/EC of the European Parliament and of the Council of 14 March 2007 (the INSPIRE Directive), published 25 April 2007 and entered into force 15 May 2007, aims to establish an Infrastructure for Spatial Information in the European Community (INSPIRE), to support Community environmental policies, and policies or activities which may have an impact on the environment. INSPIRE is based on the infrastructures for spatial information established and operated by the 28 Member States of the European Union. This makes INSPIRE a unique example of a legislative “regional” approach. The Directive addresses 34 spatial data themes needed for environmental applications, with key components specified through technical implementing rules. [source: INSPIRE web site]

TN-ITS intends to align with INSPIRE by embedding the ROSATTE exchange specification in INSPIRE as an extension for ITS spatial data of the theme Transport Networks (TN), while adding elements that are essential for ITS spatial data but not currently offered by INSPIRE, such as maintenance of the data, quality control and location referencing.

The specifications and guidelines below and many other INSPIRE specification documents can be found at the download page for specifi­cations at the INSPIRE web site.